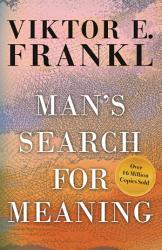 Summary : Viennese psychiatrist tells his grim experiences in a German concentration camp which led him to logotherapy, an existential method of psychiatry. 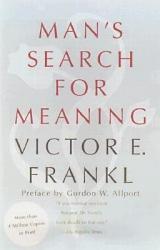 Summary : Man's Search for Meaning has riveted generations of readers with its descriptions of life in Nazi death camps and its lessons for spiritual survival. Between 1942 and 1945 psychiatrist Viktor Frankl labored in four different camps, including Auschwitz, while his parents, brother, and pregnant wife perished. Based on his own experience and the stories of his many patients, Frankl argues that we cannot avoid suffering but we can choose how to cope with it, find meaning in it, and move forward with renewed purpose. Frankl's theory—known as logotherapy, from the Greek word logos ("meaning")—holds that our primary drive in life is not pleasure, as Freud maintained, but the discovery and pursuit of what we personally find meaningful. "What man actually needs," Frankl writes, "is not a tensionless state but rather the striving and struggling for a worthwhile goal, a freely chosen task . . . the call of a potential meaning waiting to be fulfilled by him." In the decades since its first publication in 1959, Man's Search for Meaning has become a classic, with more than twelve million copies in print around the world. A 1991 Library of Congress survey that asked readers to name a "book that made a difference in your life" found Man's Search for Meaning among the ten most influential books in America. At once a memoir, a meditation, a treatise, and a history, it continues to inspire us all to find significance in the very act of living. "One of the great books of our time." ¯Harold S. Kushner, author of When Bad Things Happen to Good People "One of the outstanding contributions to psychological thought in the last fifty years." ¯Carl R. Rogers (1959) "One of the ten most influential books in America." —Library of Congress/Book-of-the-Month Club Survey of Lifetime Readers Born in Vienna in 1905, Viktor E. Frankl earned an M.D. and a Ph.D. from the University of Vienna. He published more than thirty books on theoretical and clinical psychology and served as a visiting professor and lecturer at Harvard, Stanford, and elsewhere. In 1977 a fellow survivor, Joseph Fabry, founded the Viktor Frankl Institute of Logotherapy. Frankl died in 1997. Harold S. Kushner is rabbi emeritus at Temple Israel in Natick, Massachusetts, and the author of several best-selling books, including When Bad Things Happen to Good People, Living a Life That Matters, and When All You've Ever Wanted Isn't Enough. William J. Winslade is a philosopher, lawyer, and psychoanalyst who teaches at the University of Texas Medical Branch in Galveston and the University of Houston Law Center. 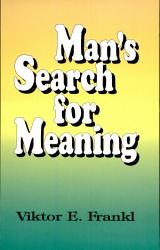 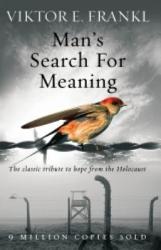 Summary : 16 MILLION COPIES SOLD 'A book to read, to cherish, to debate, and one that will ultimately keep the memories of the victims alive' John Boyne, author of The Boy in the Striped Pyjamas A prominent Viennese psychiatrist before the war, Viktor Frankl was uniquely able to observe the way that both he and others in Auschwitz coped (or didn't) with the experience. He noticed that it was the men who comforted others and who gave away their last piece of bread who survived the longest - and who offered proof that everything can be taken away from us except the ability to choose our attitude in any given set of circumstances. The sort of person the concentration camp prisoner became was the result of an inner decision and not of camp influences alone. Frankl came to believe man's deepest desire is to search for meaning and purpose. This outstanding work offers us all a way to transcend suffering and find significance in the art of living. 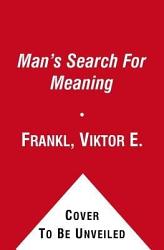 Summary : A prominent Viennese psychiatrist recounts his experiences in a Nazi concentration camp that led to the development of his existentialist approach to psychotherapy 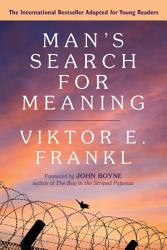 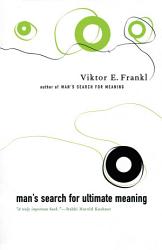 Summary : Viktor Frankl, bestselling author of Man's Search for Meaning, explains the psychological tools that enabled him to survive the Holocaust Viktor Frankl is known to millions as the author of Man's Search for Meaning, his harrowing Holocaust memoir. In this book, he goes more deeply into the ways of thinking that enabled him to survive imprisonment in a concentration camp and to find meaning in life in spite of all the odds. He expands upon his groundbreaking ideas and searches for answers about life, death, faith and suffering. Believing that there is much more to our existence than meets the eye, he says: 'No one will be able to make us believe that man is a sublimated animal once we can show that within him there is a repressed angel.' In Man's Search for Ultimate Meaning, Frankl explores our sometimes unconscious desire for inspiration or revelation. He explains how we can create meaning for ourselves and, ultimately, he reveals how life has more to offer us than we could ever imagine.

The Will to Meaning 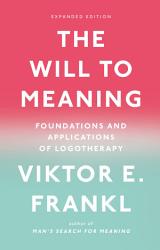 Summary : From the author of Man's Search for Meaning, one of the most influential works of psychiatric literature since Freud. "Perhaps the most significant thinker since Freud and Adler," said The American Journal of Psychiatry about Europe's leading existential psychologist, the founder of logotherapy.

Prisoners of Our Thoughts 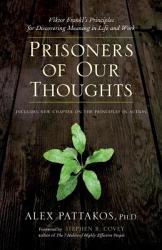 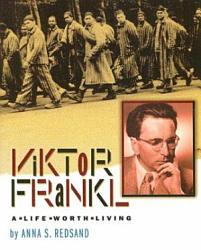 Summary : This gripping account details the life of Viktor Frankl, a Holocaust survivor and the author of Man's Search for Meaning, who, after losing his family, used his work to overcome his grief and developed a new form of psychotherapy that encouraged patients to live for the future, not in the past. 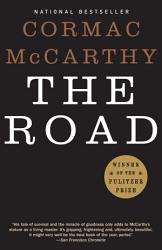 Summary : NATIONAL BESTSELLER WINNER OF THE PULITZER PRIZE The searing, post-apocalyptic novel about a father and son's fight to survive. A father and his son walk alone through burned America. Nothing moves in the ravaged landscape save the ash on the wind. It is cold enough to crack stones, and when the snow falls it is gray. The sky is dark. Their destination is the coast, although they don't know what, if anything, awaits them there. They have nothing; just a pistol to defend themselves against the lawless bands that stalk the road, the clothes they are wearing, a cart of scavenged food—and each other. The Road is the profoundly moving story of a journey. It boldly imagines a future in which no hope remains, but in which the father and his son, "each the other's world entire," are sustained by love. Awesome in the totality of its vision, it is an unflinching meditation on the worst and the best that we are capable of: ultimate destructiveness, desperate tenacity, and the tenderness that keeps two people alive in the face of total devastation. A New York Times Notable Book One of the Best Books of the Year The Boston Globe, The Christian Science Monitor, The Denver Post, The Kansas City Star, Los Angeles Times, New York, People, Rocky Mountain News, Time, The Village Voice, The Washington Post

Summary : A prominent Viennese psychiatrist recounts his experiences in a Nazi concentration camp that led to the development of his existentialist approach to psychotherapy. 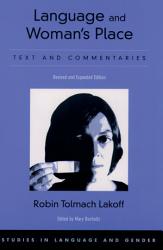 Summary : The 1975 publication of Robin Tolmach Lakoff's Language and Woman's Place, is widely recognized as having inaugurated feminist research on the relationship between language and gender, touching off a remarkable response among language scholars, feminists, and general readers. For the past thirty years, scholars of language and gender have been debating and developing Lakoff's initial observations. Arguing that language is fundamental to gender inequality, Lakoff pointed to two areas in which inequalities can be found: Language used about women, such as the asymmetries between seemingly parallel terms like master and mistress, and language used by women, which places women in a double bind between being appropriately feminine and being fully human. Lakoff's central argument that "women's language" expresses powerlessness triggered a controversy that continues to this day. The revised and expanded edition presents the full text of the original first edition, along with an introduction and annotations by Lakoff in which she reflects on the text a quarter century later and expands on some of the most widely discussed issues it raises. The volume also brings together commentaries from twenty-six leading scholars of language, gender, and sexuality, within linguistics, anthropology, modern languages, education, information sciences, and other disciplines. The commentaries discuss the book's contribution to feminist research on language and explore its ongoing relevance for scholarship in the field. This new edition of Language and Woman's Place not only makes available once again the pioneering text of feminist linguistics; just as important, it places the text in the context of contemporary feminist and gender theory for a new generation of readers.

Viktor Frankl and the Book of Job 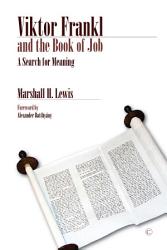 Summary : This book accomplishes two distinct tasks. First, it develops the psychological theory of Dr. Viktor E. Frankl as a literary hermeneutic. Second, it applies the hermeneutic by reading the book of Job. Key issues emerge through three movements. The first movement addresses Frankl's concept of the feeling of meaninglessness and his rejection of reductionism and nihilism. The second movement addresses the dual nature of meaning; an association is revealed between Frankl's understanding of meaning and the Joban understanding of wisdom. The third movement involves an exploration of Frankl's ideas of ultimate meaning and self-transcendence. As a Holocaust survivor, Frankl had a personal stake in the effectiveness of his approach. He lived the suffering about which he wrote. Because of this, reading the book of Job with a hermeneutic based on Frankl's ideas will present readers with opportunities to discover unique meanings and serve to clarify their attitudes toward pain, guilt, and death. As meaning is discovered through participation with the text, we will see that Job's final response can become a site for transcending suffering